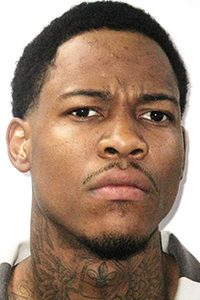 A Fort Worth, Texas, man was arrested Sunday, and is accused of murdering a 24-year-old Bogalusa man in Washington Parish, according to Chief Deputy Mike Haley of the Washington Parish Sheriff’s Office.

Haley said that WPSO Lt. Chris Hickman and Deputy Chad Cassard responded to a report of gunshots in a rural area in southeast Washington Parish, on Sunday afternoon. Arriving on the scene, officers reportedly discovered the body of a young man lying on the edge of a gravel driveway near the roadway. Haley said it appeared that the man, later identified as Brett Ritchie, 24, of Bogalusa, had been shot multiple times.

“While conducting interviews in the area, officers were able to obtain a description of a vehicle with Texas license plates, which drove away from the area shortly after the shots were fired,” Haley said. “Sgt. Mike Thomas and Deputy Kyle Stogner discovered the described vehicle in the Enon area. The driver was detained and searched, at which time officers discovered illegal drugs on his person. Upon discovery of the drugs, officers arrested the driver.” 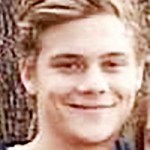 Arrested was Trevion R. Mark, 24, a resident of Westvista Circle in Fort Worth. He was transported to the Washington Parish Jail and charged with possession of the drugs. Meanwhile, Washington Parish detectives had begun an investigation into the murder, Haley said.

“After several search warrants and interviews, detectives were able to put Trevion Mark at the crime scene with the victim,” Haley said. “A warrant was then obtained from a 22nd Judicial District Court Judge to arrest Mark on an additional charge of second-degree murder.”

As of Tuesday morning, Mark remained in the Washington Parish Jail with his bond set at $805,000.

The investigation into the murder continues as detectives seek more details, including the motive that fueled the murder, Haley said. Any person with information about this crime is asked to contact WPSO Det. Kody Glenn at 985-939-3434 or 985-201-6033. Callers may remain anonymous.

“A stroke of good luck was the key to solving this crime so quickly,” Seal said. “A description of the suspect’s vehicle and a chance encounter by deputies led to his arrest. We may never know the motive behind the shooting, but we do know this was a ruthless murder.”