Louisiana will stay in Phase Three for at least… 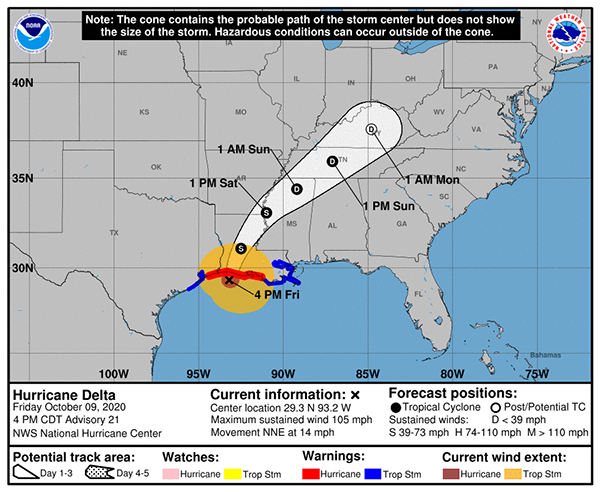 Washington Parish’s tropical storm watch has been canceled, but heavy wind is still possible this weekend.

On Friday morning, officials with the Washington Parish Office of Homeland Security and Emergency Preparedness (OHSEP) stated that the parish had previously been under a Tropical Storm Watch, but that watch had been since removed.

In its place, the parish is now under a Wind Advisory, which will remain in effect until 1 p.m. Saturday. Hurricane Delta is expected to reach land in Louisiana on Friday night or Saturday morning, likely to the west of Washington Parish.

Although the advisory is a lesser category than a watch, the potential for strong wind and rain continues. The area could see southeast to south winds from 20 to 25 mph, with gusts as high as 30 mph, officials said.

Residents are asked to use extra caution when driving, especially if operating a high profile vehicle. They are also asked to secure outdoor objects.

As of Friday morning, this was the weather forecast for Bogalusa, from the National Weather Service: