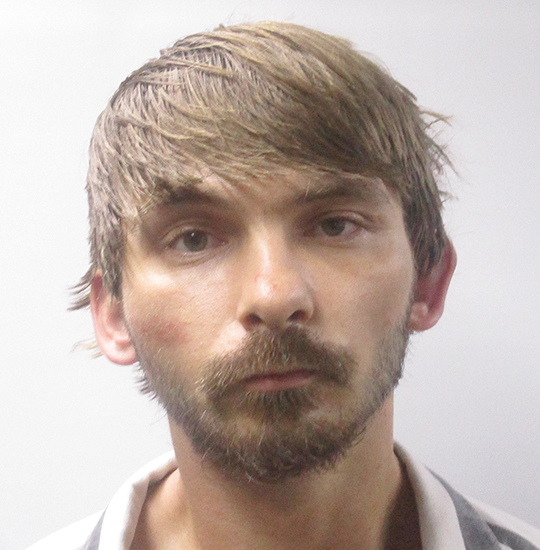 Patrick Allen Brown, 26, a resident of Houston Thomas Road, was arrested the night of Nov. 14 after Washington Parish Sheriff’s Office deputies Kyle Stogner and Randall Garcia stopped him on Highway 62 for driving without headlights. When the officers searched him for officer safety, they discovered a packet of methamphetamine in Brown’s pocket.

As a handcuffed Brown was being led to the patrol vehicle, he broke away and attempted to run across Highway 62. Deputies pursued and caught him, then transported him to the Washington Parish Jail. He was booked into the jail on charges of possession of methamphetamine, resisting arrest by flight on foot, driving while under suspension and driving without headlights.

“It’s safe to say that Mr. Brown appears to have some lifestyle issues,” said Sheriff Randy Seal. “I’m so glad our officers encountered him and were able to remove him from behind the wheel before some tragic occurrence. Good job, Deputy Stogner and Deputy Garcia!”