Perrette: City of Bogalusa water forgiveness will end in… 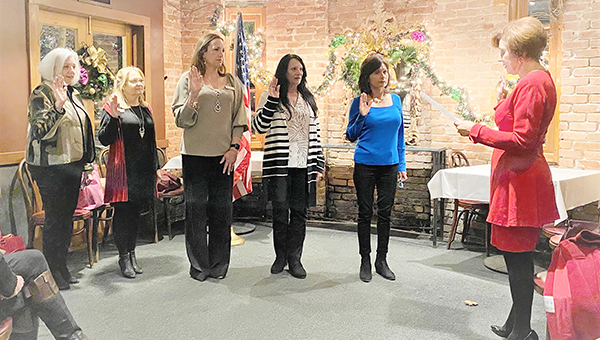 Miller told the newly elected officers of RPWST, “You are about to enter upon your respective duties.   In accepting these posts, you are assuming a leadership role among Republicans, and therefore, you are setting an example, one that requires the best energy, integrity and devotion of which you are capable.

By accepting this post, you promise to exert every effort to conduct Federation activities that will attract women in your community who believe in the Republican Party and its principles, and in electing Republicans to all levels of government?”

To the membership and to the audience, Miller noted, “The National Federation of Republican Women (NFRW) believes that the responsibility of any organization is borne by the entire membership, as well as the officers. I ask you, the membership, at this time to give your loyal support to the new officers, to attend meetings, to pay dues promptly, to serve when called upon, and to be peacemakers in your state and community.”

Washington Parish and St. Tammany regularly work together to strengthen GOP ideals, by working on campaigns and forums for candidates that they both share, and attending meetings. An annual banquet is shared by the two parishes to recognize outstanding Republicans.