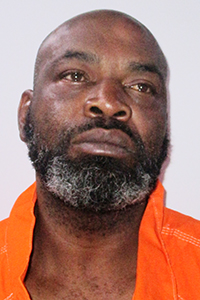 A Mississippi man was arrested earlier this week, charged with multiple offenses including drug-related charges and fighting with officers, according to Chief Deputy Mike Haley of the Washington Parish Sheriff’s Office.

While patrolling in the Pine area on Wednesday, Washington Parish Sheriff’s Office deputies Kyle Stogner and Randall Garcia observed a motor vehicle violation and stopped the driver who was in possession of illegal drugs, Haley said.

Alex Weary, 51, who gave a Walthall County, Miss., address, reportedly had marijuana in plain view on the front passenger seat of his vehicle. Additionally, while being searched, Weary was found to be in possession of additional drugs packaged in a plastic baggie, Haley said.

“As officers attempted to place handcuffs on Weary, he struggled and resisted,” Haley said. “The deputies were able to restrain him with the assistance of Lt. Chris Hickman, who arrived on the scene and placed leg restraints on Weary.”

Haley said that Weary has been in the Washington Parish Jail several times, beginning with a 2009 arrest. Previous offenses included possession of illegal drugs with intent to distribute, driving while intoxicated, resisting an officer with force or violence, battery on a police officer, purse snatching, convicted felon in possession of a firearm, and battery of a dating partner.

“Mr. Weary is well known to law enforcement,” Washington Parish Sheriff Randy Seal said. “He is a repeat offender who seems to have not learned the life lessons necessary to live as a law-abiding citizen. I appreciate Deputy Stogner, Deputy Garcia and Lt. Hickman for making this arrest and removing more illegal drugs from our parish.”