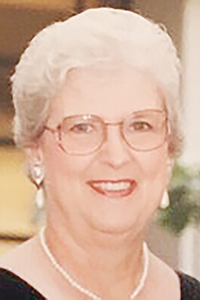 A life-long resident of Bogalusa, Sue was born Sept. 10, 1939, to Bolivar and Dorothy Sheridan. Sue was married to Billy Magee for 58 years and raised four children in a loving family.

Sue was a Loan Officer and Branch Manager at First State Bank and Trust Co. and a member of the Bogalusa Civic League. Sue served as Citizens Women’s Ambassador Program of People to People International to China and Russia where she was awarded the 1980 Woman of the Year. She served as local and state President of Business and Professional Women’s Club. She was also a member of Eastern Star. Sue was an avid sports fan who also loved to play golf and travel with her husband.

She was preceded in death by her husband, William H. “Billy” Magee; her parents, Bolivar and Dorothy Perry Sheridan; and her son-in-law, David Seal.

A private memorial will be held by the family.