Crouere: It must really be nice to be the… 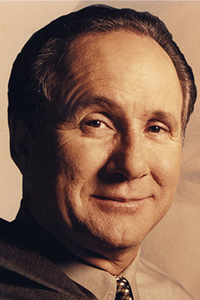 I don’t know how long I’ll be able to take the Tokyo Olympics.

The Games are barely underway, but I’m already turned off by the annoying political grandstanding.

On Wednesday, our cocky women’s soccer team took a knee just before the start of their match against Sweden. So did the Swedish team and the referee.

Then, as every international soccer fan knows, the Swedes proceeded to crush mighty Team USA, 3-0, ending its 44-game winning streak and making it very hard for our women to win the gold medal everyone predicted they’d win.

Women’s teams from Great Britain, Chile and New Zealand also proved they could be virtuous social justice warriors by taking to their knees before their games started.

I’m not exactly sure what — or who — all these international athletes were protesting.

Here at home, it’s usually racism, discrimination and inequality, all of which exist around the world in varying degrees and all of which we all agree are not good things.

But even without the unwelcome but predictable intrusion of politics, the Olympic Games in Tokyo were not going to be so great to watch.

First of all, because of Japan’s recent surge in COVID cases, there will be no spectators.

Plus, no athletes hugging. No handshakes. No joyous team celebrations. Just empty stadiums and arenas — and too much politics.

I’m already really tired of all the woke politics that are poisoning sports — and everything else in America, from public health to college campuses to late night TV shows.

Sports used to be a place where for a couple of hours you could escape the never-ending political troubles in the world.

But pro basketball already has been wrecked by the politics that have destroyed its TV ratings and turned off a huge segment of its fan base. The NFL’s TV ratings also have plummeted because of politics.

Now politics are ruining the Olympics.

I know I wasn’t the only American who was not sad when our powerhouse men’s basketball team — composed primarily of NBA all-stars — lost two games in the warmups to the Olympics.

How can anyone feel sad for a bunch of multimillionaires who’ve been taking knees during the national anthem, pointing fingers at their country for being systematically racist and charging half of their white countrymen with being white supremacists?

By disrespecting the country that has given them more freedom, opportunity and riches than any other country on Earth, these social justice athletes — professional and amateur — are only hurting themselves and their causes in the long run.

If anything, by unfairly slurring all white people as inherently racist, they’re actually turning some white people into racists — including some of their own fans.

My wife Colleen and I watch and enjoy international soccer all the time. We don’t see superstars like Cristiano Ronaldo taking knees and spoiling their sport with the poison of politics.

When I turn on the Olympics I don’t want to see politics, either. I want to watch a good sporting event, be proud of my country’s athletes and root for them to win.

Americans used to feel proud when our teams went to the Olympics and racked up medals in track and field or swimming, especially when the great USA-USSR rivalry was a proxy for the Cold War.

But when our women’s soccer team was humiliated by Sweden this week, it didn’t bother me one bit — because of the politics. Millions of other Americans clearly felt the same.

Because of politics, our Olympics teams don’t make a lot of us proud anymore.